Use our cloud infrastructure to

Video APIs for most of your use-cases

Use our unique mixer to craft multichannel CCTV and telemedicine solutions.

Activate complex video features with a few lines of code from our well-documented SDK. We already solved all the problems.

Get full control with our analytics

Get benefit with all WebRTC advantages

Get plugin-free playability of your content for most of the browsers.

Impress your audience with 4K HD video at sub-second latency.

Scale to an enterprise-level with our cloud architecture in a flash. We have 99.99% uptime, expert support, and compliance policy for any needs.

Authorize and publish a WebRTC stream from a webcam/mic

Subscribe to a WebRTC stream, if necessary indicating an origin server to pull from (then the system provides origin->edge streaming for scalability)

Share a screen on a client device, as a WebRTC stream

Mix several streams together to produce a single composite stream - WebRTC, RTMP, or both

Record a stream, being a single stream such as a webcam or mic, or a mixed stream of several participants

Play out a media file as a VOD WebRTC stream, played synchronously on all recipients’ devices.

Combine live and VOD streams in an MCU

Make education accessible to students around the world. Enhance their immersive learning experience with superior video quality. Use our APIs to host and record webinars and training courses.

Create personalized, highly secure collaboration tools according to your internal policies and requirements. With AVCore API's, you no longer need any expensive hardware communication solutions.

Stream high-quality live video to any device for audiences of all sizes. Use our mixer to add any additional streams to your broadcast - from video recordings to live calls.

Our platform is universal for creating customized video applications for your business needs. Here are just a few examples of using our WebRTC APIs 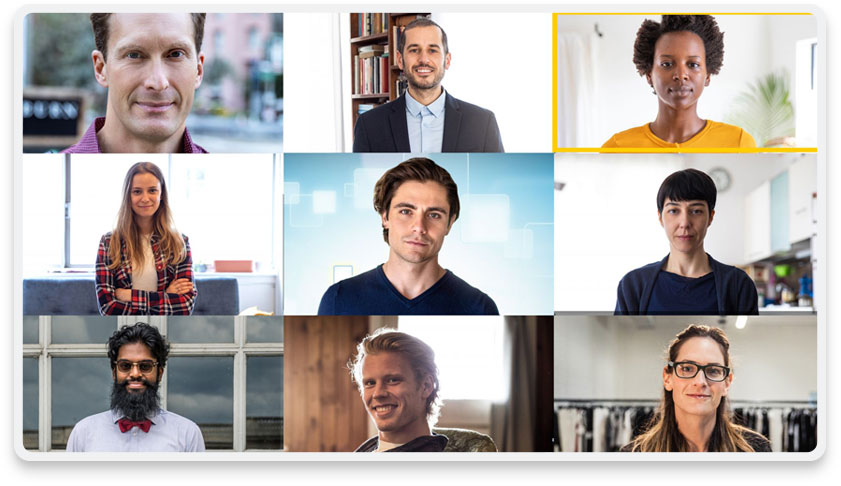 Need a custom WebRTC solution? Contact our developers for a free offer.